Public input and practical applications will be part of a consultant plan to renew the Centennial Botanical Conservatory.
Jan 5, 2017 3:37 PM By: Jon Thompson 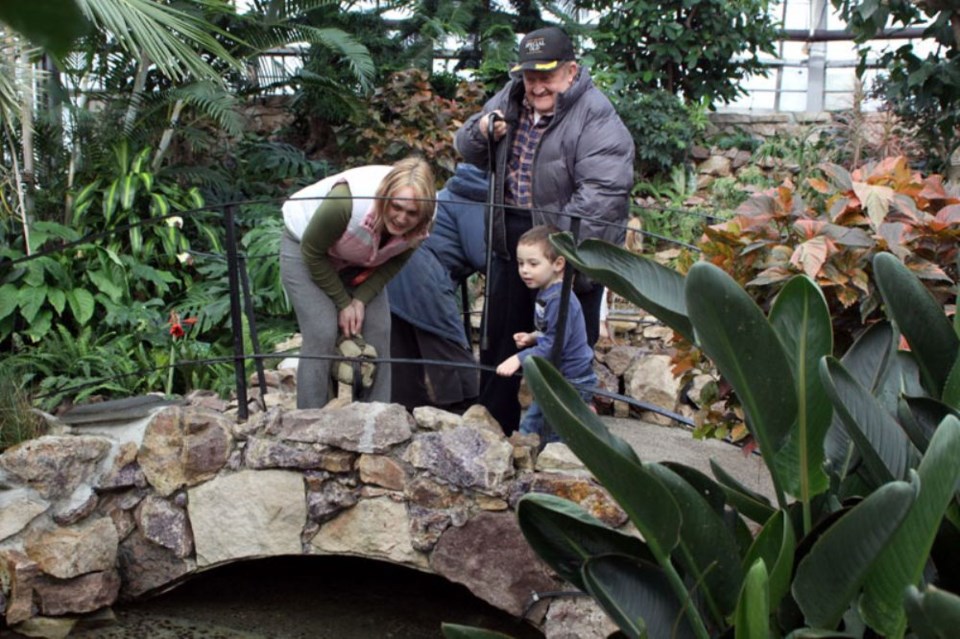 Facilities like the conservatory could be expanded under the Canada 150 Community Infrastructure program. (tbnewswatch.com file photograph)

THUNDER BAY -- The city is planting seeds this week that will grow into a renewed conservatory.

A Request For Proposals closes Friday that will choose a consultant to investigate the future of the Centennial Botanical Conservatory.

The conservatory has undergone limited improvement since it was built in 1967 for Canada's centennial anniversary celebrations. Its age has been showing in recent years, including a brief closure in 2013 after several glass panels fell from its ceiling.

Consultants will address the potential of the facility's greenhouses, including expanding their practical use to consider the possibility of growing more regionally native plants for the city to use in low-impact developments.

Practicality and public opinion will both play a role in administration's recommendations on the scale of improvement plans, according to city engineering director Kayla Dixon.

"If we do end up rebuilding a new conservatory, which eventually there will be either reconstruction or rehabilitation, we need to know what plants are viable still and can be transplanted to another building or there has been some discussion of doing an overbuild of the existing conservatory display house," she said.

Northwood Coun. Shelby Ch'ng has advocated for the conservatory as a movement has formed around its its surging popularity over the last couple of years.

She is eager to maximize the conservatory's applied purposes as well as public engagement with the facility.

"They're passable but the public can't necessarily go and look in the greenhouses. With the new greenhouses -- my hope is we'll get new greenhouses -- it will open up the scope for the kinds of plants we can grow, lower our operations costs and use the savings to replace the glass," she said.

"That's my overarching goal for this."