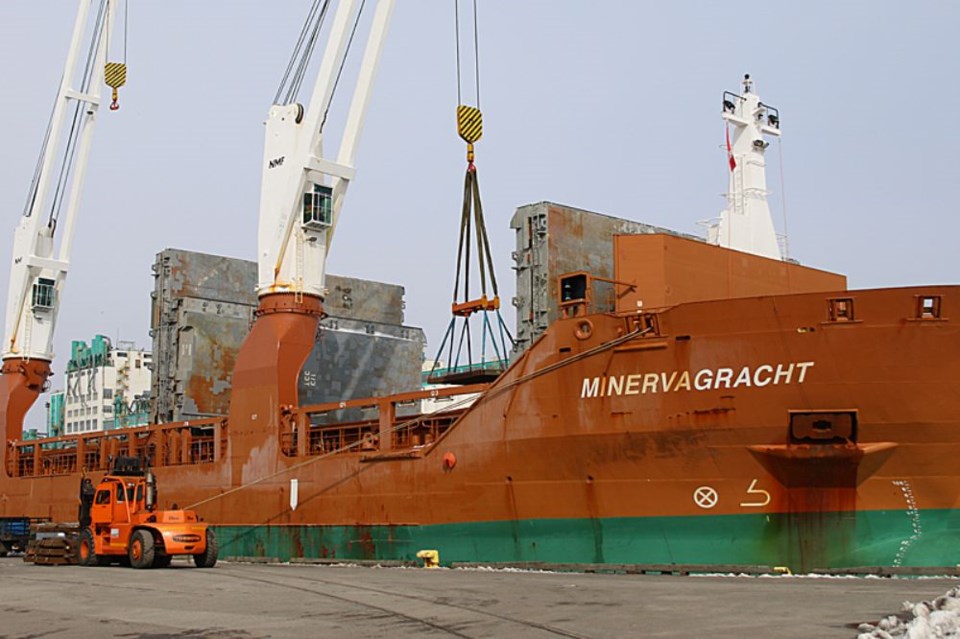 THUNDER BAY – The early start to the shipping season continues as the first cargo ship has reached Keefer Terminal.

The ocean vessel Minervagracht arrived at Keefer Terminal earlier this week and is being loaded with components of a crane that was transported to the Thunder Bay port to be shipped overseas.

Harbourmaster Guy Jarvis said in most years, the first cargo ship doesn’t report to the terminal until the second or third week of April.

“There has been minimal ice on all of the five Great Lakes so basically the only ice that has been encountered by the vessels coming to Thunder Bay is the ice within the break wall,” Jarvis said on Friday, adding icebreakers have cleared a path.

The crane was shipped in 80 pieces and work to load the ship has been ongoing for the past few days.

Jarvis said he is optimistic the loading will be completed by the end of the weekend.